All about Gold Investment 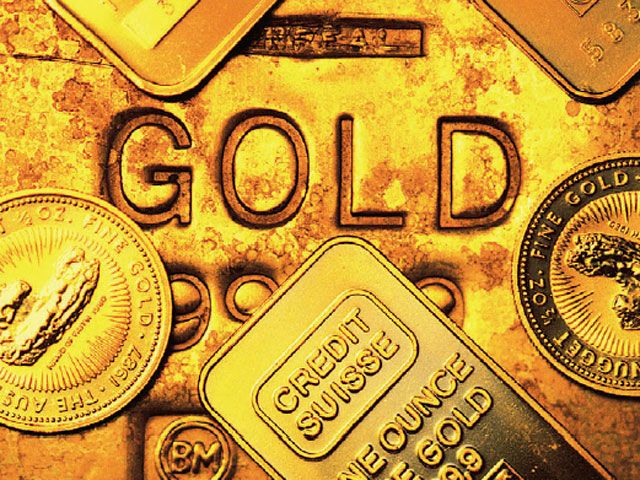 Gold Production It is rather complicated to produce gold as it involves prospecting, mining and extracting. Gold prospecting refers to the activity of searching for new gold deposits. It involves different methods to seek new gold deposits. It was once a commercial activity but time has changed and today, it has become an outdoor recreation in many countries. Meanwhile, gold mining refers to the processes of removing and digging gold from the ground. At this stage, it requires four techniques to extract these metallic elements from the ground – panning, metal detecting, sluicing and dredging. Panning is the easiest method to extract and search for gold from the ground. On the other hand, with a metal detector, one can easily find and locate the exact spot of gold below the surface. This technique is relatively more popular among gold miners because having a metal detector is convenient as you can carry it around and also easy to operate. Other than a metal detector, miners may use sluice box to ‘force’ gold drop out from a specific zone. Dredging is one of the traditional methods where one or more people will operate a small machine to scan for gold below the surface. Last but not least, gold extraction consists of several stages such as mineral processing, comminution and hydrometallurgical to excavate gold from the ground.

In the last few decades, India remains the largest gold consumer worldwide. According to a report released by World Gold Council, India’s demand for gold in 1997 reached 737 tonnes. Of course, if you look closely and observe their culture, it is common to find Indian women wearing plenty of gold jewelry especially during special occasions and festivities. This is because the amount of gold jewelry determines their social status in their neighbourhood. In rural areas, families will purchase large amount of gold ornaments using the entire family savings. These jewelries remain as part of the family’s wealth. Gold is essential in a traditional Indian marriage. Most of the dowry goes to buying gold jewelry for the bride. It is believed that the demand for gold in the country increases by 30 to 50 percent annually based on the statistics released in 1998. The demand for gold increased from 508 tonnes in 1996 to 737 tonnes in 1997. The demand of gold in India equals to the total demand from Hong Kong, Taiwan, China, South Korea, Indonesia, Singapore, Malaysia, Thailand and China. During economic crisis, the gold demand in these countries especially Singapore gold either reduce or slow down but the demand from India remained steady.

Other than monetary policies, dentistry and jewelry purposes, gold is also widely used as a form of alternative medicine, chemistry, food and beverage and electronics. Gold is seen as a rare metallic element with healing power. For example, gold salts are sometimes used to treat arthritis while injectible gold can even help to reduce pain and swelling of tuberculosis. Needless to say, gold alloys are commonly found in dentistry as it produces better results compared to porcelain crowns. Besides using it as a form of alternative medicine, gold can also be found in food. For instance, gold leaf or dust is used in gourmet food or drinks as a decorative ingredient. It is chosen by the nobility in Medieval Europe because gold reflects the host’s wealth while at the same time it is beneficial for our health. South Asian sweets such as barfi also contain gold foil with silver. Some expensive cocktails may contain flakes of gold leaf but one can never detect it since it is basically tasteless.

Gold is most commonly well-known as money or as a medium and tool of exchange. Back in the olden days, money was made out of gold. In other words, people used to trade goods and services with gold coins. But time has changed and gold is no longer used to trade goods and services. Nevertheless, gold still served as a symbol of wealth and power. Besides understanding what exactly is gold, one need to know the phrase ‘gold standard’. The term has provided a basis for monetary policies in most of the countries around the world. To be more precise, the term is defined as the use of this metallic element as the standard value for money in a particular country. For instance, if a country wants to redeem its money in gold, then it would be evaluated based on gold standard. In early 1900s, United States and many Western countries used to abide to the gold standards. Nevertheless, Britain first abandoned the standards in 1931 and United States only abandoned it in 1971. Fortunately, gold is still recognized as a commodity internationally. Five years after United States abandoned gold standards, the government decided to set the value of gold to a dollar. As a result, the price of gold rises and falls overtime. It all comes to the same conclusion – even though gold is no longer used as a tool of exchange or the monetary policies are no longer based on the value of gold, it is still considered a precious metal.

To begin with, the colour of pure gold is bright yellow. The colour of gold is determined by the density of electrons and it formed as a collective plasma medium commonly known as plasmon or quasi-particle. Even though gold will not wear and tear with time and remained unaffected by moisture, it can be discoloured by certain liquid such as detergent, bleach, hairspray and chlorine. Since gold lacks resistance, jewelers tend to alloy it with other metals to increase its durability. Gold can be divided into different types based on its colour tinge. For instance, rose gold has a slightly reddish hue because of copper elements while white gold has an almost silver-coloured tinge caused by a combination of nickel, zinc or platinum. Blue gold with a bluish hue is due to a combination of iron and green gold with greenish hue is because of copper and silver. The percentage of alloyed metal in gold will affect the purity of gold. The purity of gold will be measured in karats. On a scale between 1 to 24, 24 karat gold is the pure gold. However, gold with high karat measurement does not mean that it is the best material for jewelry. In fact, gold with high karat measurement such as 24 karat gold is unsuitable for jewelry because it is too soft and bends easily. On the other hand, gold with extremely low karat measurement is also unsuitable because of its low gold content.]]>

3D production of meatless rib-eye and plans are in place now for raw sashimi. Are you on-board?

Cultivate meat is known also as cultured meat. Basically, it is a scientific approach which is a type of cellular agriculture where meat is produced

Cloud of Luster Wedding Chapel Himeji, Japan – Getting married don’t come any better than this

This looks every bit like the place anyone would want to get married in. The Cloud of Luster Wedding Chapel is the work of Tetsuya