Be careful of Cryptocurrency Scams 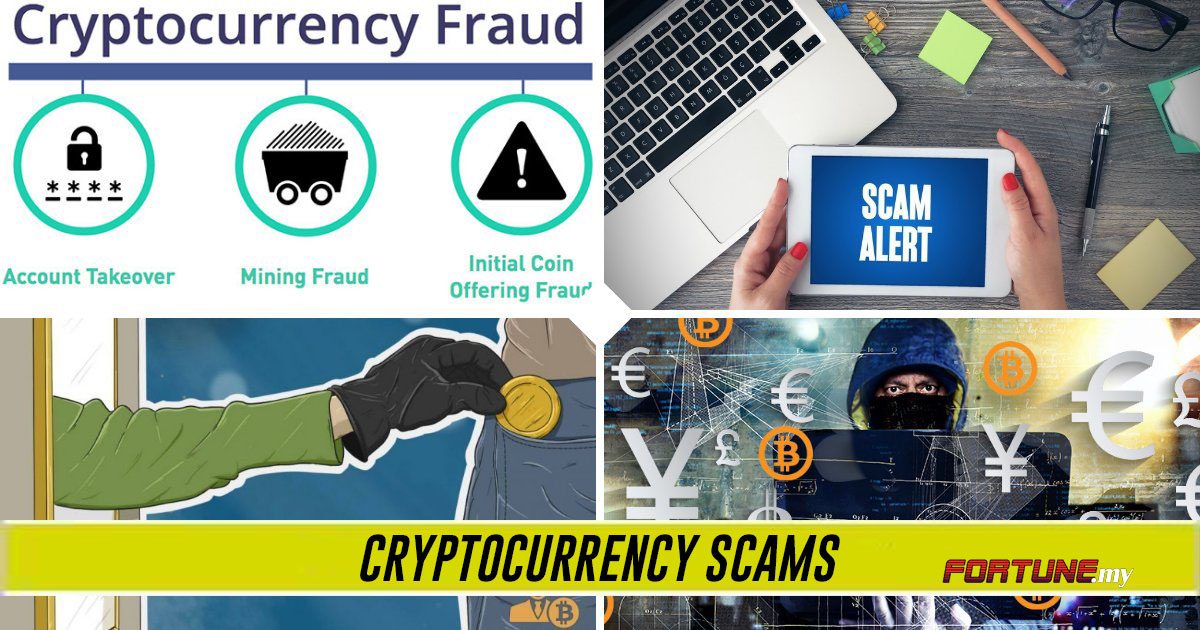 The digital currency that is Bitcoin has taken the world by storm. While it might not be the best investment engine around, it has enough people riding this bandwagon to make a profit or two. If you are in the financial market for any reason, Bitcoin would surely has crossed your mind.

Is it all good?

Too much has been said about Bitcoin. Some call it a scam, some said it is a bubble while others have claim that it is the best investment option around. This digital currency has influenced all types of economic driven people across the world and because it is money involved, there would be certain things that you need to be cautious about.

How big is this wave?

Because of all the hype that has been happening, there are now people going all out to buy them. In fact, reports have already surfaced that people are taking up loans to buy Bitcoins. Not long ago, the CBOE (Chicago Board Options Exchange) had to stop trading in Bitcoin because it was so volatile.

Cryptocurrency– Is it even safe?

A lot has been said about cryptocurrency. Analysts have already foretold that cryptography is not a safe investment because it is too volatile. But then again, when prices surge to a record high, it is difficult to keep the investors away.
With such an open concept, it will therefore come with some risks. When there is risk and money, there will surely be scammers. In fact, the volatility only makes it riskier. Cyber attacks are quite common in the Bitcoin market. This is because cryptocurrency is not protected by any body which means there is no certain protection.

How can cryptocurrency be breached?

Typically, there are 2 major ways by which this can be done.

Types of attacks you must be mindful of

Below are the few types of attacks that you should be aware of:

This occurs during the launch of a newly invented cryptocurrency. It is the most popular hunting ground for scammers because of its nature of being unregulated. This makes it extremely high risk. How it works here is that the criminals will create a fake ICO and outright take your money. Another way that this might happen is when they impersonate a legitimate ICO and take your money. Simple as that!

This is otherwise known as cell phone identity theft. How it works is that someone tricks the mobile phone provider into giving them control of your account. What they want here really is to gain access to your digital wallet in Malaysia. Once they have access, they will then take out all your money. If you are the one who is losing your money, there is no way you can reverse this. This has been one of the fastest growing cases in the past 5 years or so.

As an investor, you will need to store your bitcoin in a place. Criminals will start by creating fake wallets. Many times, investors are not aware if the wallet is legitimate. A lot of homework need to be done before you invest. Hence, checking thoroughly makes a lot of difference. Use an offline hardware wallet if possible or you might fall victim into this.

There are very specific malware in the market designed to steal Bitcoin. As about 1/3 of all computers at home across the world are installed with malware of one kind, this will surely be at the top of the minds of criminals. Malwares can be designed to steal log-in information which is the most common. However, more powerful ones will involve stealing the wallet itself especially when you are carrying out some form of transaction. This has been one of the top problems with Bitcoin scams in the last 5 years.

It is no surprise that there when you have a business online, it is bound to attract hackers. This is the very reason why there have been reports of hacking in terms of cryptocurrency exchanges. This has been happening for at least 10 years now where millions worth of bitcoin tokens have been siphoned off by hackers. No matter how secure an exchange claims to be, they are always open to attacks. If it is tokens being siphoned or stolen, it might not affect the user. But when it devalues the tokens, the effects will be very damaging.

Phishing is not a new form of attack. It has been one of the most prominent problems in the digital financial realm. In fact, it is still among the highest threats, especially in internet banking. In 2017 alone, 2 of the biggest stories of the tech industry had something to do with Phishing. This came from the Lazarus Group who has been known to run spear-phishing campaigns. This is the very group that hacked into Sony’s so-called ‘unbreakable’ network. In their most recent attack, it had to do with phishing in the bitcoin network. As the name implies, it is where the attacker aims to ‘fish’ information through use of bogus websites or links.

Like any other form of attacks, it will be impossible to totally evade such attacks as the will always evolve. You can however, take note of the following:

So what does all this mean?

You really need a strong antivirus program installed when you are using Bitcoin. 2-factor authentication is just one of the many ways to overcome this problem. After all, the risks are all there for everyone to see. Even if there is no one trying to scam you, there will always be someone ready to cheat you. Bitcoin is big business and because it involves money, you must be extremely cautious.