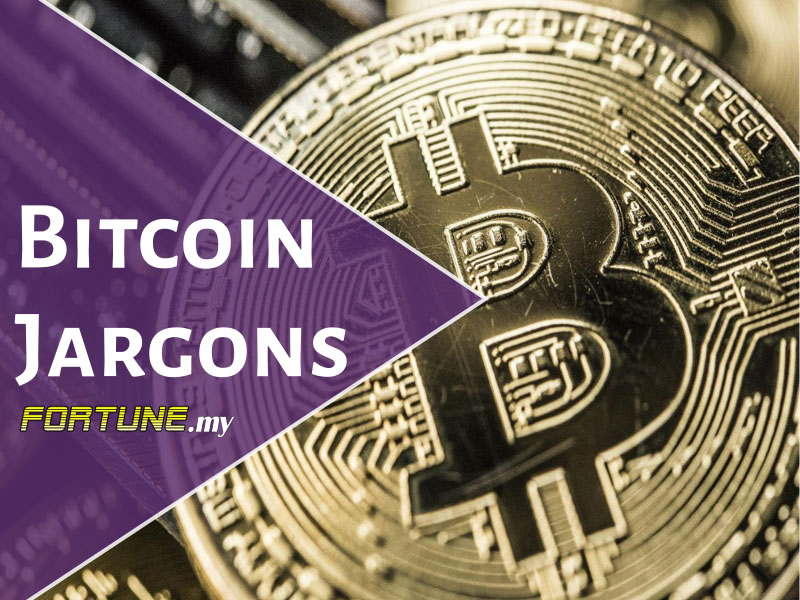 Exchange – The space on the internet where you will use to trade cryptocurrencies. This usually occurs on a website. They are like stock exchanges (or bourses) but on an online platform.

Whale – This sounds humungous. In cryptocurrency, it refers to a person or at times an organization but the sheer size refers not to the physical structure but the amount of cryptocurrency owned is just absurd!

Limit order / limit buy / limit sell – This refers to the situation where the cryptocurrency has orders that are placed by the traders (buyers or sellers) where a certain amont of the price is met. At times, it is like a ‘for sale’ label. Such orders refer to those that are being traded by the traders.

Sell wall / buy wall – This is the image that traders will see when they view the depth chart. It shows the current limit of points to buy and sell.

Market order – This refers to the situation where the current price is met through a simple buy or sell.

Market buy / market sell – In market buy, the cheapest ETH in the order book is bought. In market sell, the most expensive buy order on the book are filled.

Margin trading – this is one of the riskiest trading method. It is when you ‘magnify’ the trade intensity during the process. What happens here is that you use your existing coins and risk them. This is a common trade technique usually adopted (and recommended) only for the experienced traders.

Going long – this is the situation where your profit through the margin trade when there is an increase in price.

Going short – The opposite of Going Long, you profit through a decrease in the price in margin trading.

Bullish – This is the most common term used in most trading markets. It refers to a situation where the price is expected to increase tremendously.

Bearish – The exact opposite of what Bullish means. The price here is expected to decrease instead of going up.

ATH – Acronym for All-Time-High. This is usually used to refer to a certain price which has hit a high not experienced before.

Altcoin – Still a term beign debated. It is any other cryptocurrency besides the more popular Bitcoin or Ethereum although in some cases, the latter is referred to as Altcoin as well.

Tokens – the term used to refer to the ‘currency’ that has been created on the Ethereum platform. It was used to raise money where their own tokens were raised. Among the tokens used include Iconomi or ICN and Basic Attention Token or BAT.

ICO – Short term for Initial Coin Offering. This is quite easy to understand by traders as it is similar to IPOs (Initial Price Offering) in the other financial markets. Through ICO, the startup will issue tokens. It actually works like crowdfunding but in the Ethereum network.

Shilling – Used to refer to some form of advertising involving a different cryptocurrency. They use the term of ‘being shilled’.

Stable coin – this is the cryptocurrency which has very low volatility. In fact, it is so low that you can use it for trading against the market as a whole.

Arbitrage – this term is used a lot when ETH prices are used for comparison between the Korean and American exchanges respectively. Through this process, you take advantage of the price difference of one commodity in 2 separate exchanges (Korean and US).

FOMO – Short for Fear Of Missing Out. This term has been quite popular of late where as an investor, it is the feeling that you might miss out on the chance to profit from something whose price is about to shoot up!. A dangerous sentiment though.

FUD – short for Fear, Uncertainty and Doubt. A FUDster s someone who spreads this. It is like a rumour but its very negative which is sent out by anyone who wants to cause the price to drop.

Pump And Dump – This is a type of cycle used in altcoin. It happens when an altcoin starts getting too much attention causing a very quick spike in price before it falls to a crushing dump.

Bagholder – After a Pump and Dump, the person still holding the altcoin involved is the bagholder. This is also the person who is holding on to a coin which has a shrinking value (and fast) without much of a future.

Market Cap – or Market Capitalization is the total value of a certain cryptocurrency. There is a certain way to calculate this where the idea is that market cap is a more accurate way to know the value of  a currency as compared to the value.

ROI – or Return on Investment calculated via the percentage of the amount of money made as compared to the investments put in the first place. For example, a 50% ROI means you have made your investment back.

MACD – Short for Moving Average Convergence Divergence. This is commonly used as a a trend indicator by investors. It is used to determine the relationship between two moving averages of prices in the currency.

Bollinger Band – This refers to the margin that hovers around the price of a cryptocurrency. It is very important to help in indicating when there is too much purchase or selling of a coin.

Node – Refers to the computer that maintains a blockchain.

Mining – This is the most prominent term used in creating cryptocurrencies. It is the process involved in getting the next block available. The results of mining is ether but you need a lot of computer processing power to get there.

Mining rig – This is the very computer which is aimed at processing blockchains. In most cases, it is used to produce Ethereums and will need many very powerful GPUs or graphic processing units.

Fork A – This refers to a situation where a particular blockchain is separated into 2 chains.

PoW – Acronym for proof-of-work. It is actually used by Ethereum currently.

PoS – Acronym for Proof-of-stake and is supposedly the new consensus algorithm proposed for Ethereum.

Sharding – For blockchains, this is a scaling solution where each node has a partial version of the blockchain so that it helps to expedite the entire performance through more efficient speed processing.

Software wallet – This is the software used to store your cryptocurrency. They are typically software files stored in the system and you can find them for free like from MyEtherWallet.

Hardware wallet – Like software, this is the hardware version which is often seen as the most secure method if you want to store your cryptocurrency .

Cold storage – This happens when the cryptocurrency is moved offline in situations when security is compromised or to keep it away from hackers.

Smart contract – This the code being used in the Ethereum blockchain which is used to interact on how the money should be flowing within the network.

Solidity – Smart contracts (usually in Ethereum) are written in this language which is somewhat reflective of Javascript’s syntax.

Gas – A form of measurement used to determine the amount of processing needed to process a single transaction in the Ethereum platform. For example, you will need a bit of gas to send ether from one address to another.

Gas price – This refers to the amount of Ether needed or spent to complete a transaction where the network usually prioritizes those with higher gas.

Mooning – Refers to the situation when the price is going up to an absurd level.

HODL – A situation where the bitcoin holder purposely holds on to the coin in a belief that it will one day be profitable. This is a deliberately misspelled term for ‘Hold’ which was accidentally typed by a member called Gamekyubi. In some cases, certain parties believe it is the acronym for ‘Hold on for Dear Life’.

REKT – Another misspelled term which was supposed to mean ‘wrecked’. This is a situation where a downfall of a price of a particular cryptocurrency basically destroyed an investor or trader.

To The Moon – This is quite a straightforward term where it refers to a situation where the price of the cryptocurrency continues to climb with no sign of subsiding.

ADDY – Short for public address or key which is usually used in conversations.

Choyna – A misspelled (deliberate) way to refer to the country of China. After all, it is one of the most influential countries in the blockchain platform with the largest community of mining members.

ASHDRAKED – A dismay situation where the investor or trader lost all his money. This term is commonly used in conversations or when someone wants to use it to tell others about his experience.

BTFD – This is a term used when a coin gets dumped very hard. BTFD means ‘Buy the F*&*ing Dip’.

Dump/ Dumping – The former refers to the selling of a coin while the latter refers to a situation where the price is heading downwards.

DYOR – Acronym for ‘Do Your Own Research’.

JOMO – short for ‘Joy of Missing Out’. This is the exact opposite to FOMO or Fear of missing out. It does not happen very often but there are situations where it is better not to be involved in a current movement than to be in the thick of action.

Shitcoin – Refers to a certain coin which has no use or any potential value.

Swing – A situation where the coin’s price move in an upwards and downwards pattern uncontrollably.

Reverse Indicator – This is used to refer to that certain someone who always predict price movements. The problem with this person is that he keeps getting it wrong, making his predictions utterly useless for anyone to even consider.