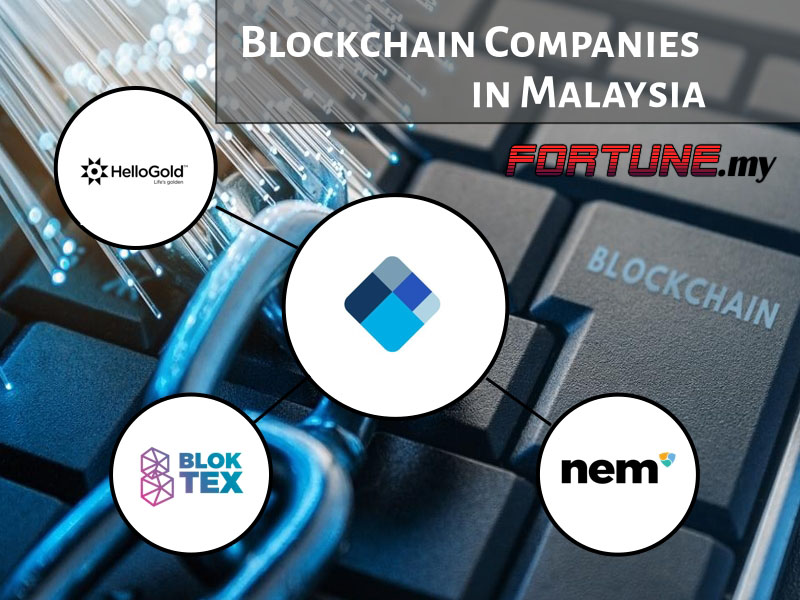 To say the least, cryptocurrencies in Malaysia has already gained a lot of traction in the last 1 year or so. Companies have become bolder in issuing ICOs (initial coin offerings) which has already prompted even the most unlikely companies including that of Air Asia and many others in consideration of doing so. Among the movers and major blockchain companies in Malaysia are as below:

This is one Malaysian firm which has been widely successful using its GOLDX cryptocurrency. It was launched in 2017 where it received certification from a Malaysian-based Islamic finance consultancy firm, Amanie Advisors. As such, it is Syariah-compliant, making it one of the most exciting blockchain companies to come about in recent years. It is very different from many other cryptocurrencies where the GOLDX is backed by actual physical gold which is kept away in a safe vault in Singapore. This is where the process of issuing and auditing becomes a lot more transparent and immediate which are common principles mandated in Islamic financial guidelines. Its mobile app in Malaysia was recently launched based on blockchain technology.

This blockchain company was founded by a group of enthusiasts who wanted to grow blockchain technology in Malaysia to be used by industries in both non-fintech and fintech technology sectors. The main idea was to create more awareness in the start which saw 2 conferences being held in Kuala Lumpur and before long, Bloktex collaborated with MIGHT or Malaysia Industry-Government Group for High Technology to spearhead initiatives for blockchain with the government of Malaysia.

NEM which is short for New Economic Movement is a major player in the blockchain sector in Malaysia. it recently announced the launch of a NEM Blockchain Centre housed in Kuala Lumpur. The NBC will be a major center for learning of blockchain technologies not only for those in Malaysia but will be catering for those around Asia as well. besides that, the NBC will be functioning as an incubator and accelerator center for organizations as well. this is provided through the NEM Blockchain Innovation Lab which will be the headquarters for R&D and support services for those looking to use NEM in their IT systems. This is an important and vital move forward for blockchain technology as a mover in this sector. NEM Foundation, which is an NPO launched in Singapore expanded its wings to Malaysia with the aim to promote the adoption of NEM blockchain solution across the world. NBC Malaysia will be the regional operations’ headquarters for NEM in Asia which will be supporting other countries like New Zealand, China and Australia.

This company prides itself as a major mover in the blockchain industry. It provides services such as:

While companies like Blocktex is working with certain agencies in creating more awareness in blockchain technology in Malaysia, the government is moving fast to ensure that practice is regulated and to avoid consumers being scammed or cheated. In a recent move to do so, BNM or Bank Negara Malaysia and the SC or Securities Commission Malaysia had in January 2018 issued a joint statement on the issue of ICOs or Initial Coin Offering in Malaysia.
The statement claimed that such schemes would be under their jurisdiction and warned issuers of ICO that regulated activities must be approved by the authorities, failure to do so would be an offense. This means that the regulators will now have jurisdiction over activities that cover (not limited to):

This came about after SC issued a cease order to CopyCashCoin and together with BNM has told consumers to take every precaution available before participating in any ICO. While BNM has yet to legalize cryptocurrencies, it has issued a list of licensed institutions that are allowed to carry out any form of regulated activities involving cryptocurrencies in Malaysia since it has been a hotbed for investors recently.