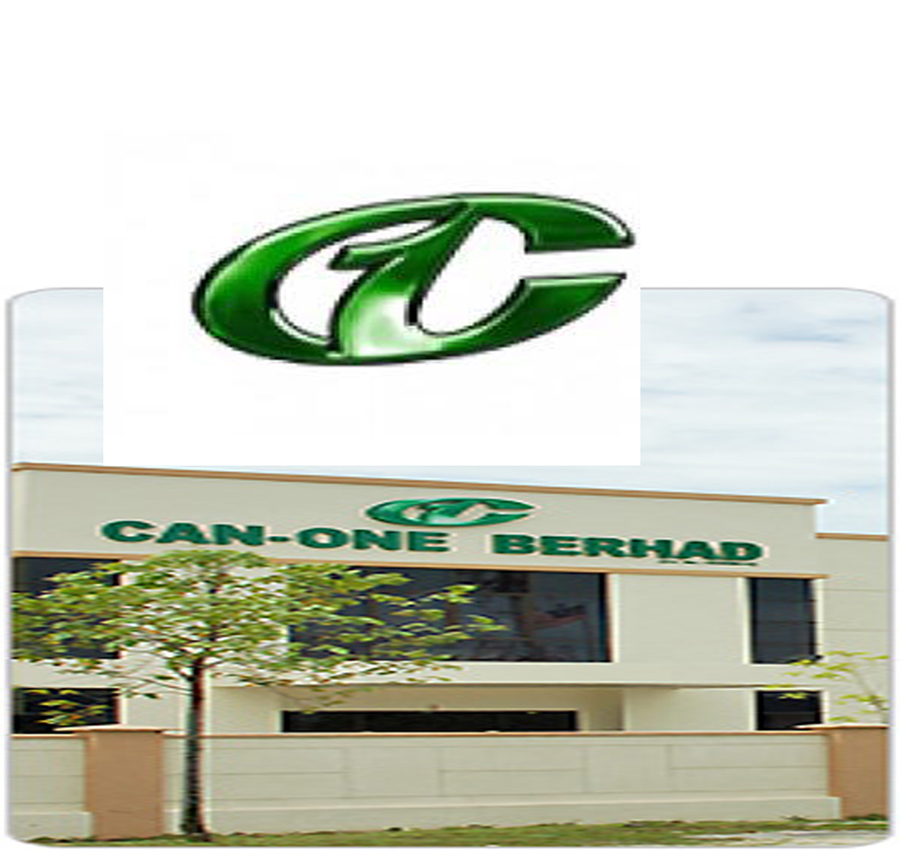 Can-One Berhad is a public listed company listed on Bursa Malaysia. The company was first established  in 2004 before it went public a year letter. Basically it is an investment company where its subsidiaries are involved with metal and lithographed cans industry which also include bag-in boxes, plastic jerry cans and the manufacturing and packaging of products which are diary and non-dairy.

One of its oldest company under its subsidiary list is Aik Joo Can Factory Sdn Bhd which have been involved in this business for more than 40 years which began as a small tin can manufacturing. It is also through this company and Canzo Sdn Bhd that Can-One is involved with the manufacturing of plastic jerry cans. The company also started manufacturing Bag-in Box in 2008 to meet the rising demands for substitute packaging products. In their dairy and non-dairy products segment, Can-One is involved with the production of sweetened condensed milk through its F&B Nutrition Sdn Bhd subsidiary through its new plant which was built in 2008 where it expanded in its product line that included evaporated milk.