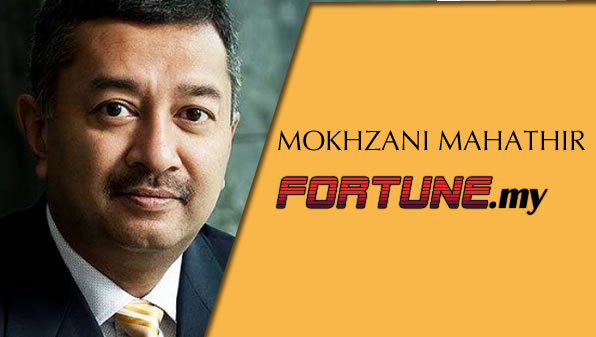 Kencana Petroleum Berhad is managed by Datuk Mokhzani Mahathir, son of former prime minister Tun Dr Mahathir Mohamad. The company rose to prominence recently with the merger with SapuraCrest Petroleum Berhad which will consequently make it become one of the largest oil and gas companies in the country. Through the company and his other endeavors, Mokhzani has risen through the ranks to become the thirteenth richest Malaysian with wealth amounting to RM1.94billion.

Mokhzani is one of the most distinguished corporate leaders today after having steered the Sepang International Circuit to the international arena having brought Formula 1 and other major races to the country. He is actually a known figure in the oil and gas sector and his credentials include being a qualified Petroleum Engineer and started off with Sarawak Shell Berhad before pursuing his own business later.

Mokhzani is the Chairman of Sepang International Circuit Sdn Bhd and also in Kencana Petroleum Berhad and the Kencana Group of companies. Kencana Petroleum started off as Hin Loon Engineering which was then involved in major fabrication yards.

In 2002, the company was awarded one of the 7 licenses by Petronas for major fabrication in Offshore Structures while its subsidiary Kencana Bestwide obtained the ISO9001:2000 accreditation 2 years later. A year later, it would grow exponentially where the Lumut Fabrication Yard was upgraded and it was awarded the first major EPCC (Engineering, Procurement, Construction and Commissioning) project in Sudan. 2006 saw the company embarking into becoming a fully integrated Services and Solutions Provider and it was then listed in Bursa Malaysia. In 2010, the company moved to its new headquarters in Menara Kencana Petroleum in Kuala Lumpur and a restructuring and the launch of their new identity. Its most recent effort include the merger exercise with SapuraCrest which has been talked about extensively.