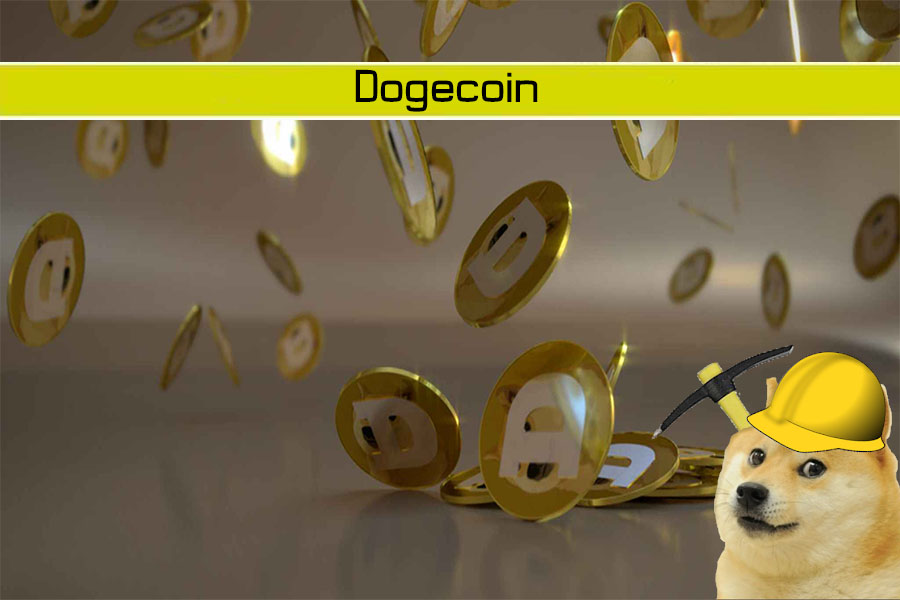 One of the popular cryptocurrency names in the market is Dogecoin. It is one of the altcoins preferred by certain quarters over the more established Bitcoin.

How far has Dogecoin come?

What started out and being introduced as a ‘joke currency’ back in December 2013 grown into a serious digital currency only 2 months later with a capitalization of US$60 million. This has since grown to breach the US$1 billion mark only 4 years later.

Dogecoin is identified through its logo which is somewhat inspired by the Shiba Inu dog. The founder of Dogecoin is Billy Markus, an American programmer whose intention was to create an alternative to Bitcoin which is fun and that could cater to a larger demographic group. This was then further developed by an Australian-based Adobe Systems member, Jackson Palmer through a Twitter post.

As such, a lot of Dogecoin’s success is said to be attributed by Twitter, the micro-blogging social network. After having several mentions on the site, Palmer created the site dogecoin.com which was then picked up by Markus who then reached out to Palmer before setting out to create the currency.

Dogecoin was developed based on Luckycoin which uses randomized reward for miners before it became a static block reward later. Luckycoin is a concept that is similar to Litecoin while Dogecoin was launched in December 2013 with an initial plan to create 100 billion Dogecoins. This has however changed to become infinite.

Barely a week after it went live, the value of Dogecoin jumped about 300% and with volumes breaching the billion mark being traded in a single day. As quickly as it could surge, it experienced its first drop a few days later when it crashed by about 80%. In any case, Dogecoin’s performance was influenced by market forces. Its price surged after the China government banned its banks from investing its Yuan into cryptocurrencies. Meanwhile, there was an instance when Dogecoin was specially mentioned by the Reserve Bank of India as a caution to its users and its risks.

Later on, there were even attempts to steal Dogecoin during a hacking exercise inflicted on Dogewallet. By 2014 January, Dogecoin’s trading volume has overtaken Bitcoin and all the other altcoins. A year later, the market capitalization of Dogecoin was at US$13.5 million. There were 100 billion coins circulated around 2015 and each year saw an increase of over 5 billion coins. It has already reached its 100 billionth coin ever since.

One of the most remarkable events when it comes to Dogecoin was in 2013 when its price rose about 300% in the short time of 72 hours. It was at US$0.00026 and surged to $0.00095 during that time. This was mainly due to the decision by the government of China to ban Chinese banks from investing in cryptos.

Jackson Palmer has also announced that he will be taking a break from the cryptocurrency community back in 2015. Since then, Dogecoin has been steadily active. Between 2017 and 2018, the price breached the $0.017 per coin. While it might be seen as very low, this amounted to nearly US$2 billion in terms of total market capitalization.

The year 2020 has been affecting everyone with the cryptocurrency market growing way beyond any expectations. With currencies taking direct hits due to the pandemic and share markets becoming more volatile than before, investors have been putting their money in alternate platforms.

In July that year, a TikTok trend came about to try and push Dogecoin’s value toward US$1. Meanwhile, the first quarter of 2021 has been extremely volatile when the price of Dogecoin hit $0.07 which was more than 800% from its price 24 hours ago (January 2021). This came about during the short-squeeze caused by Tesla boss Elon Musk’s public move in investing in cryptos as well as the GameStop saga.

To date, Dogecoin has become one of the more popular alternative cryptos after Mark Cuban, the owner of NBA team Dallas Mavericks announced that the purchase of tickets and products will now be possible with Dogecoins. Within 48 hours, it managed more than 20,000 transactions, making it the top merchant using Dogecoins.

April 2021 has been a historic month when Dogecoin (together with several other cryptos) enjoyed direct listing on Coinbase. This allowed the price to reach $0.10 on April 14 and then all the ay to $0.45 in the next 2 days. It would reach a market capitalization of $50 billion putting it as the fifth-highest cryptocurrency. To date, its value has breached more than 7,000% which is way better than many other cryptocurrencies within its segment.

Dogecoin going to the moon through SpaceX

It is no secret that Tesla boss Elon Musk has been involved in space travel and his SpaceX program is set to be launched in the first quarter of 2022 and Dogecoin is in the center of it all. Called the ‘DOGE-1 Mission to the Moon’, Geometric Energy Corporation has announced that it will be accepting the meme-inspired digital currency for the payload.

No value was announced where the DOGE-1 is set to bring a cube satellite weighing 40kgs on the Falcon 9 ship. That will be the payload that is set to capture lunar-spatial intelligence during its flight. This is done via the sensors, cameras and its highly advanced communication systems. With this, it is set to bring cryptocurrency out of this world and that will be the basis of how future commerce would be when it goes interplanetary.

Musk appeared recently on ‘Saturday Night Live’, proclaiming himself the ‘Dogefather’ and unlike other times when his actions drove prices up, the price of Dogecoin dropped after his segment. SpaceX recently made more progress after the Falcon 9 series of rockets set a new record. It landed on its booster after launching a batch of Starlink satellites into orbit. This is the tenth time Falcon 9 successfully done so, a remarkable achievement in their efforts to reuse their rockets. In 2018, Musk said that they intend to have the rockets do 10 rounds without refurbishments and if possible do a hundred before retiring them.

To buy Dogecoin in Malaysia, you can do so via the standard methods through banks but you can mostly do so online via C-Cex which is quite a popular platform for cryptocurrency trading.