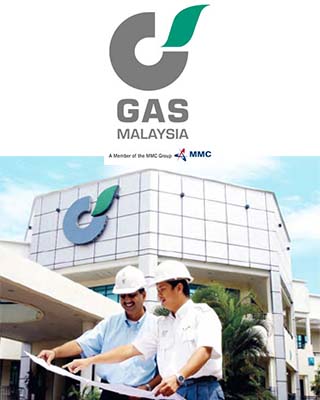 Kuala Lumpur: Gas Malaysia Bhd will pay a guaranteed dividend of 100 per cent and 75 per cent in the first two years, respectively, after floating its shares on Bursa Malaysia in December this year.

“The dividends are also to reward shareholders’ loyalty over the years,” Hasni told Business Times in an interview last Friday in conjunction with MMC’s 100-year anniversary.

MMC and Shapadu Group own 55 per cent of Gas Malaysia. Tokyo Gas-Mitsui and Co (Holdings) Sdn Bhd and Petronas Gas Bhd hold another 25 per cent and 20 per cent, respectively. Petroliam Nasional Bhd (Petronas) also has a golden share in Gas Malaysia.

Gas Malaysia submitted its initial public offer (IPO) request to the Securities Commission on August 23 and is waiting for approval.

“Gas Malaysia’s strong balance sheet with zero debt will attract good response for the IPO. MMC is optimistic of Gas Malaysia’s prospects as it is poised to deliver strong and sustainable performance driven by continued demand from industrial customers,” said Hasni.

Gas Malaysia is the sole supplier of natural gas to the non-power sector and supplies energy to over 31,000 residential and 600 commercial customers as well as industrial costumers throughout Peninsular Malaysia.

The company enjoys strong backing from Petronas and has a long-term agreement with the national oil corporation to supply 300 million standard cubic feet per day of gas.

Gas Malaysia’s recession-proof gas reticulation business will continue to provide MMC with a steady stream of cashflow. Hasni revealed that Gas Malaysia’s volume grew six per cent in the first half of 2011, underlying stable demand for the product.

Hasni was reported to have said that Gas Malaysia could have a market value of about RM5 billion and raise up to RM167 million. MMC’s stake would be diluted to 30.93 per cent from 41.80 per cent.

These include 51 per cent unit Malakoff Bhd next year and subsequently either wholly-owned Johor Port Bhd, subsidiary Port of Tanjung Pelepas (PTP) or Johor Port and PTP combined.

“We will see what happens. We want the port business to mature first generating RM300 million or RM400 million of profit by 2013 before we go for listing,” Hasni added.

PTP and Johor Port made a pre-tax profit of RM52 million and RM155 million, respectively, in 2010.

Hasni said the listing of the ports is necessary as they are hitting maximum capacity. It would, therefore, need to spend some RM1 billion to expand.