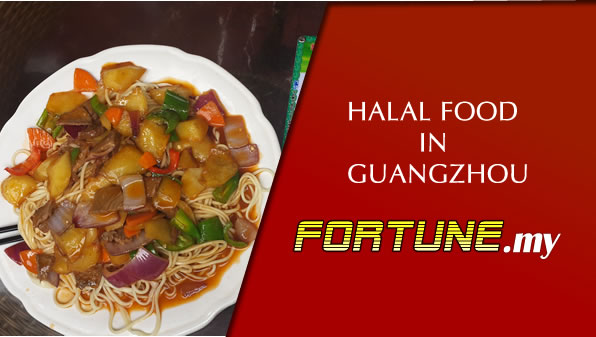 For Muslims in particular, travelling to places like China, Hong Kong or other non-Muslim countries can be a challenge especially when it comes to food. It has often been preconceived that Muslims might find it hard to locate Halal food because of the population in China who are mostly non-Muslims.

However, this is actually not the case for a city like Guangzhou because of its status as one of the primary and top trading cities in the world. As a lot of Malaysians and Muslims from other countries travel to Guangzhou for their stocks and to find suppliers, there are actually quite a lot of halal food available.

Guangzhou is actually one of the few China cities with a large community of Muslims. In fact, this community dates back to more than 1,400 years ago which contributed to more than 130 million Muslims in the country. As such, you can actually find some of the oldest mosques in the world here like the Saad bin Abi Waqas mosque in Guangzhou.

On Fridays, the mosque is very crowded as there are many stalls that sell Halal food for those coming in for Friday prayers. This is where you can actually try the great Halal services made to perfection by the Chinese chefs that include their own Nasi Beryiani and Mutton Satay.

Besides that, there are many halal restaurants around Guangzhou which includes Arabian, Pakistani, Turkish and most definitely Chinese cuisine. There are Muslim-oriented hotels where you can rest assure that Halal food is served.