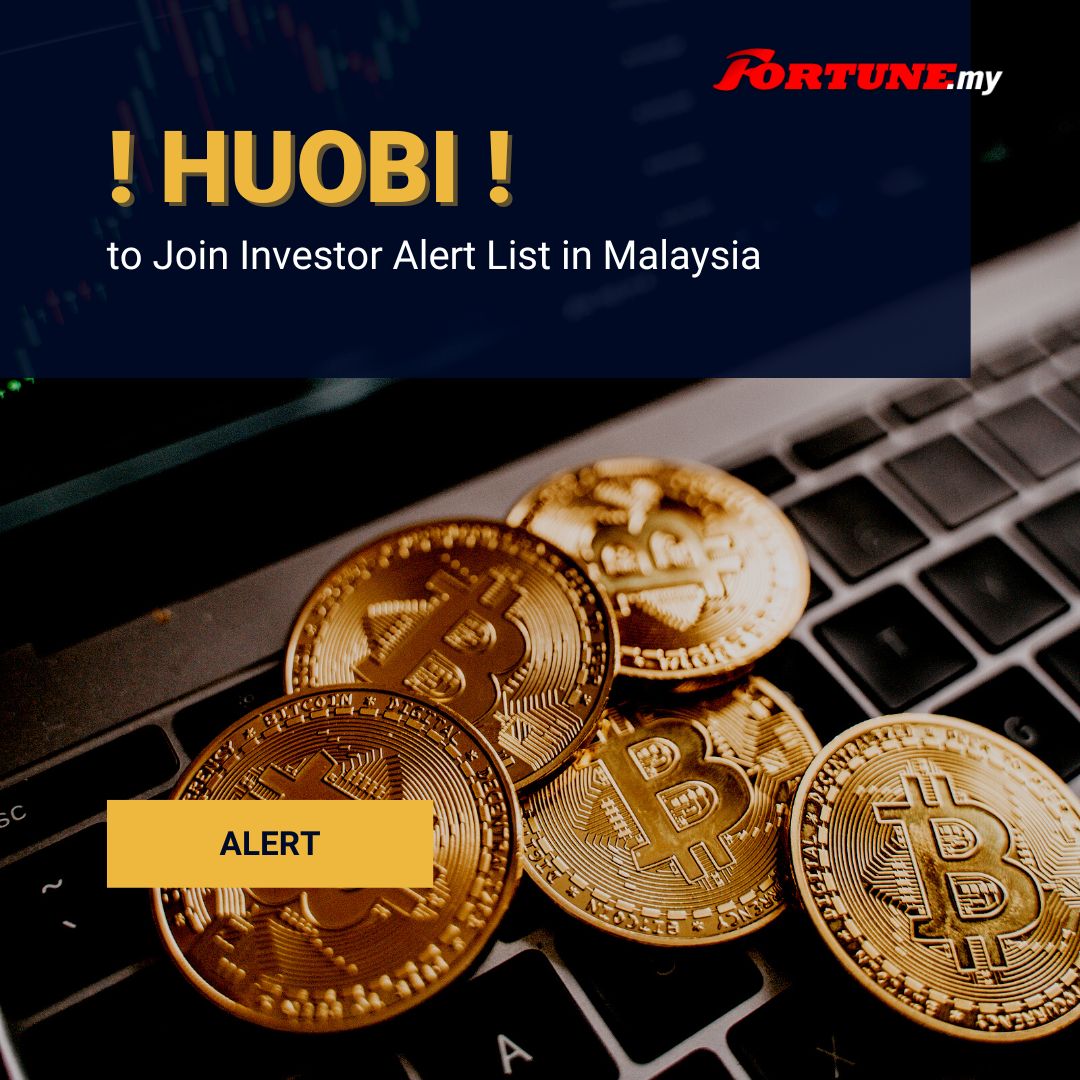 A recent move saw the Securities Commission (SC) of Malaysia moving another cryptocurrency exchange into the Investor Alert List.

A statement was released by the SC addressing the situation of how Huobi has been operating in Malaysia.

The financial regulators stated that Huobi has already been operating in the country for a while now. This has been going on without an official license or endorsement.

Not a legitimate DAX

To date, only a handful of DAXs (Digital Asset Exchanges) has been given the green light to operate in Malaysia and Huobi is not on the list. Instead, Huobi is now on the Investor Alert List.

This means that they are not allowed to carry out any form of activities whatsoever in Malaysia and hence be regarded as entities that are unlicensed or unregistered.

Investors should be careful

As Huobi operates on the internet, its service is easily accessible and available. This means that investors can engage the services of Huobi quite easily.

As such, the authorities have called on investors to refrain from using Huobi. As Huobi is not granted any approval to operate in Malaysia, they will not fall under any regulation or guidelines.

Anyone who is using Huobi will be at a higher risk especially if any monetary losses could not be resolved legally.

Investors on Huobi have since voiced that the best way out of this is to change to other platforms. Meanwhile, Huobi Group is saying that it has always been their practice to ensure compliance is observed.

This forms the core pillar of its business model and they are currently in discussions with the Malaysian authority on how they are operating in Malaysia.

Huobi has been reportedly been growing and expanding rapidly in various developed countries including the United States and Australia.

In the former, Huobi is close to starting its services after it was awarded the FinCEN license. Meanwhile, Huobi is also facing some roadblocks in certain countries including New Zealand, Thailand and Malaysia is just a new addition to this list.

In Thailand for instance, Huobi had to shut down despite several extensions given by the local regulators to fix their systematic issues, which they have repeatedly failed.

As for New Zealand, despite being awarded the initial license to operate there, it has to terminate its derivatives trading in order to comply with the regulations of that country.