Income Classifications In Malaysia – The T20, M40 and B40 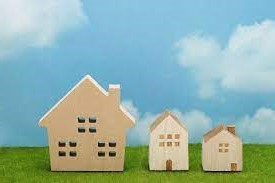 It is crucial to know which income group you belong to in Malaysia as it will determine various factors like your income tax, your eligibility for certain subsidies and many others. There are 3 income groups that Malaysians fall under which are T20, M40 and B40.

How are the categories determined?

Generally, the classifications are determined as:

The smallest group (T20) here carries more than 45% of the total national income.

The data is compiled by the Department of Statistics (DOSM) that carries out the Household Income and Basic Amenities (HIS/BA) survey twice every 5 years. This is to ensure that the bar that sets the categories is updated and remains relevant every year. The latest figures released are from 2019 and will be updated from time to time.

Some of the important terms that you must know about the income classification in Malaysia are:

Median and Mean Household Income – The median and mean is used to reflect the range and average income of the household incomes. Median is the ‘middle point of a range while mean is the average.

The 3 income groups can be further classified into sub-groups where:

It must be noted there have been changes in the income range in the past 5 years although the differences are not much.

Some important data to take note of here is that:

The classification of the income group is not permanent which can change when necessary. This is because they reflect the actual groupings (and percentages) of the population in Malaysia. As such, they could change when necessary. For instance, there might be a time when more M40 earners fall into the B40 category and that would change the numbers to M35 and B45 respectively.

These numbers are determined by the country’s GDP and taking into consideration factors like inflation, the changing standards of living and the market situation.

To better reflect that actual situation, the median income level would be more accurate. Below is a table of the median household income classified by the Malaysian states.

Meanwhile, the top 20 highest median household incomes in terms of districts were mainly from Selangor. They are: