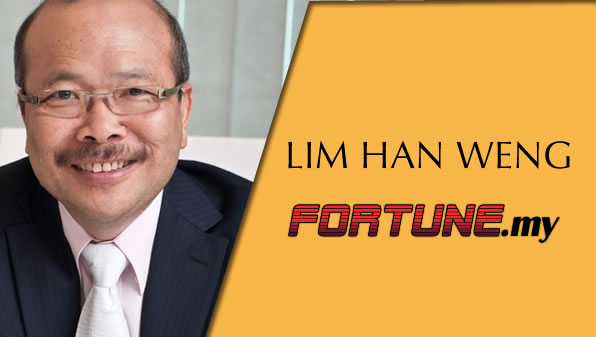 From Lorries to Oil and Gas Services

Lim Han Weng is the founder of Yinson Holdings, a major oil and gas services company in Malaysia. Yinson actually started out as a transportation company before venturing into other areas including logistics.

Among the investors of the company is Datuk Seri Mokhzani Mahathir who is no stranger to the oil and gas industry himself. Yinson recently privatized its logistics business to funnel more specialization into the oil services sector. Besides that, Yinson acquired FOP (Fred Olson Production) from Norway to add to its already successful businesses.

Today, Yinson is seen to be one of the top floating production storage and offloading owners in the region. Lim is a self-made millionaire who was appointed as the Managing Director of Yinson in 1993. He would then be the chair until 2009.

Bringing with him years of experience in the transportation business, he started the business with his wife and has built his empire ever since where he was appointed the Group Executive Chairman in 2014.

Residence
Johor Bahru
Citizenship
Malaysia
Marital Status
Lim is married to Madam Bah Kim Lian
Children
The couple has 3 children. His son Lim Chern Yuan, has been actively involved in Yinson while his brother is Lim Han Joeh
Education
There are currently very limited information pertaining to the educational background of Mr Lee.