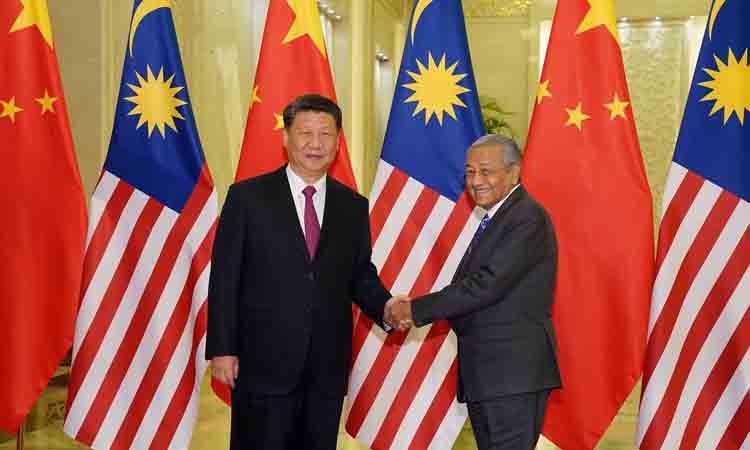 For any entrepreneur, the mentality to start the business makes a big difference. In fact, it can make or break the venture. To enter a market like China meanwhile will have a lot of challenges because there is the constant public perception that the China market is very difficult and full of hindrances.

But the opportunity for wholesale trading can be an attractive option if you are an entrepreneur and to get you started on the right footing, having the right mentality will surely help. In recent years, Guangzhou has grown to become one of the top wholesale markets in the world. There is almost every type of retail products here but it is here that you will find the most optimistic Chinese entrepreneurs in the world.

If you plan to venture into this business, you must start with an optimistic foothold. This is where you must learn from the Chinese traders because they know all about competition and how this competition can help to grow their businesses. Imagine visiting a shopping mall in Malaysia like Sunway Pyramid. There will most likely be 5 to 6 shops that sell watches and timepieces. In Guangzhou, there will be a shopping mall larger than Sunway Pyramid where there are countless shops in there which sells watches and timepieces alone! Think for a moment how they compete with each other and competing with thousands of other retailers.

When you travel to Guangzhou, having a pessimistic mentality will be your major hurdle. With so many traders located all around the city, you will need to pick and choose the right ones and arrange for delivery and logistics. The main problem with many entrepreneurs is that they become threatened when they see so many businesses in the same field which puts them off from running a similar business. With an optimistic mindset, you will see this as an opportunity instead of a risk.

Study and research on the best industry to start with

Check out all the industries that are available and what are your opportunities there. Whether it is in manufacturing, automotive, retail or any other business sectors, look for potential partners or find all the regulations imposed by the Chinese governments for external partnerships.There are an estimate 7.2 million Chinese in Malaysia most of whom are descendants of those who came here throughout history from China. Naturally, there are many dialects and languages among the community with Mandarin being the main conversational and literature language in Malaysia.

Petaling Street or Chinatown is in the heart of Kuala Lumpur. It is the heart of the capital city and that is where you will find all types of everything you can imagine.

Petaling Street has been known to be the place to go for all-day and night shopping for clothing, souvenirs and other items. Find the best foods of Kuala Lumpur here including the infamous Hokkien Mee and Air Mata Kuching or shop around for handbags, shoes and imitation products. You want some old Ming vases and antiques from China? Here is where you will find a vast collection of Chinese products for sale. Find the most valuable antiques to the affordable ones here or choose among the many different types of novelties like decorative items.

Buy Chinese lanterns for your home, calligraphy art and other exciting products. See where you can find them around Malaysia and enrich your collection of all types of Chinese products both made in China and locally. Do you own a business and wants to trade with Chinese partners? Do you have the regulation know-hows? Check it out here. We provide you with the most complete resource of everything you need to know about starting your business in China.

However in the major cities like Kuala Lumpur, Petaling Jaya, Johor Bahru and Georgetown, Cantonese are widely spoken.

Most Chinese from Mainland China

Most of the Chinese in Malaysia today are descendant of those who came from China around the fifteenth and the mid-twentieth centuries where the largest group of them are the Min Chinese who came here from the Fujian, eastern Guangdong and the Hainan provinces.

The Chinese people arrived at the Malayan shores then to work in the tin mines and plantations under their richer employers. In Malaysia today, they are the second largest group in terms of ethnicity after the Malays. Some distinguished individuals have become national leaders while some have achieved remarkable success in sectors involving business and sports.

The Chinese community is the second largest ethnic group in Malaysia after the Malays. It was reported in 1835 when the British Malay states showed that the Chinese makes up 8 percent of the total population of the states where they are mainly congregated around the Straits Settlements.

The Malay community grew rapidly around the 19th and 20th centuries and by 1921, 30% of the population in Malaya were Chinese. This number would continue to grow until they form some 38.4% by 1947. It then continued to grow until recent times where the percentage is reduced with families opting for fewer children due to economical and financial reasons.

Records show that there were about 2.66 million Chinese in 1957, the year of Malaysia’s independence and by 2000, there were almost 5.7 million which is 25% of the total Malaysian population. Among all, the southern state of Johor records the biggest percentage of Chinese among its population while Kuala Lumpur, the capital of the country by itself has almost 50% Chinese. The most significant areas in Kuala Lumpur with a large Chinese community are areas like Cheras, Pudu, Segambut, Kepong, Old Klang Road, Sri Petaling and Bukit Bintang while nearby suburbs like Damansara, Puchong, Serdang and Klang too are known to be Chinese dominant areas.