Starbucks of China, Luckin Coffee to pay S$253 million for lying about sales in millions 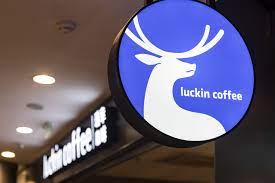 Coffee lovers will know about how difficult it is for Starbucks to break into the China market. So, when a brand like Luckin Coffee became well-known to be the Starbucks of China, it turned heads.

Started in tech for the coffee market

This was truly a unique success story, and so it seems. Lucki Coffee was established in 2017 and within the first year of its launch, the company was valued at US$1 billion. This came in the wake of the rising popularity of funding for tech companies in China then. Among the names that were linked to funding of Luckin Coffee were GIC, the Singaporean sovereign fund company and BlackRock Inc, the investment giant from the US. Luckin’s IPO went out in 2019 and with more funds coming in including from Joy Capital, the plan was to expand to 10,000 stores by the end of 2021.

End of the fairy tale

In a shocking report in September 2021, Luckin Coffee admitted that the company fabricated some US$310 million in sales in a class-action lawsuit filed in the US. This will mean that Luckin Coffee will have to pay up to US$187.5 million in the settlement. In light of the claims, investors have since distanced themselves from Luckin Coffee. GIC reduced its direct holdings in Luckin Coffee to less than 1%.

Where did it go wrong for Luckin?

Muddy Waters Research, an investment research firm and short-seller was responsible to bring this into the light. In February 2020, Muddy Waters published a report that detailed the ‘fraud’ and ‘fundamentally broken business’ that Luckin Coffee was. According to the report, the number of items sold per day was inflated by at least 69% (Q3 of 2019) and 88% (Q4 of 2019). To complete the research, data was collected from 92 and 1,418 of Luckin’s full-time and part-time staff respectively.

Luckin Coffee had, in the beginning, denied the allegations (February 2020) before admitting to them 2 months later and Jian Liu, the CEO and director then was blamed. That said, it is not the end of the road for Luckin Coffee as they are still ‘open for business and will be moving forward.