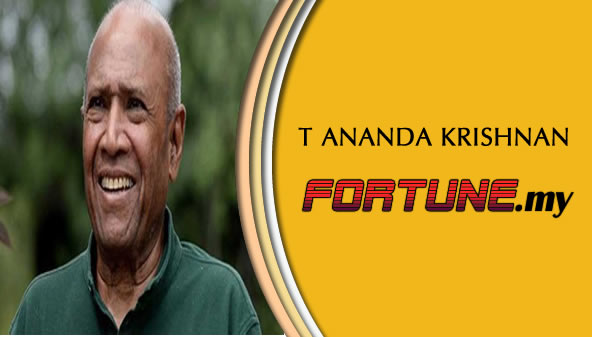 Tan Sri Ananda Krishnan is one of the most influential people in Malaysia. He is among the wealthiest men in Malaysia with a net worth of more than US$5 billion (2021). Fondly known as A-K, he has been known to keep a low profile despite his wealth.

A-K is no stranger to the media and multimedia industry of Malaysia. The man behind satellite television company Astro and top telco company Maxis, he has been involved in some of the biggest brands in the country and the surrounding region. His wealth comes through the accumulation of successes he cultivated through these brands.

The name Astro has always been synonymous with satellite television which is the company run by none other than tycoon T Ananda Krishnan. But not many people are aware that its holding company Astro All Asia Networks Plc actually offers more services covering all types of television programs as well as radio programming. The company started operations in 1996 when it operated 22 channels. Since then, under the stewardship of A-K, Astro has grown by leaps and bounds where today it has more than 100 pay-television channels which are aired across Malaysia and toward Brunei and the surrounding region.

Astro operates through its All Asia Broadcast Centre in Cyberjaya which delivers digital television, radio and data services throughout its network. Today, it offers DTH (direct-to-home) services in Malaysia where it holds the exclusive license. Apart from offering these services, Astro is also involved with the distribution and aggregation of programs that are delivered in 4 languages which are English Language, Bahasa Malaysia, Chinese and Indian. It also runs its own in-house production house that creates original programs that also include third-party content.

A-K took his experience in the media industry and inject them into Astro and with this, the company is able to cater programs to all types of target markets and audiences and through its own in-house production subsidiaries, it has produced almost 5,600 hours of original content for the year ending 2009. On top of that, it is also the operator of 8 terrestrial radio channels that run across all languages with nearly 11 million listeners weekly. Astro is the owner of Celestial Pictures which owns the largest Chinese film library in the world. The movies are aired through Celestial Pictures and Celestial HD channels respectively. It is also involved with publications under Measat Publications Sdn Bhd that publishes the AstroView magazine and animation through the Philippine Animation N.V Group.

One of the major companies under the leadership of T Ananda Krishnan or A-K is Tanjong PLC or Tanjong Public Limited Company. It is actually one of the oldest companies in Malaysia where it was first incorporated in England in 1926. Back then, it was known as Tanjong Tin Dredging Limited where it started off in the tin mining industry.

It would be in 1991 when it changed to its current name. This came about after A-K acquired gaming company Pan Malaysian Pools Sdn Bhd which operates the Da Ma Cai 4D gaming business and the company went through a restructuring exercise. It was re-listed in Bursa Malaysia as well as on the London Stock Exchange in 1991 and in 2010, Tanjong Capital took over and was then privatized. The Pan Malaysian Pools business however has been divested in 2011.

As a whole, Tanjong PLC is an investment holding company that operates a group of subsidiary companies that are involved in various industries that cover property investments, power generation as well as leisure and entertainment.

In the power generation area, Tanjong PLC fully owns Powertek Berhad, Kuasa Nusajay Ltd as well as stakes in other companies. In 2005, the company invested in power generation in Abu Dhabi in the United Arab Emirates where it invested 10% stakes in the Taweelah Asia Power Company that were involved in the Taweelah B Independent Water & Power Project. Through Nusajaya, Tanjong PLC fully acquired 2 power-generating companies in Egypt namely Suez Gulf and Port Said while through its 67% stake Impian Klasik Sdn Bhd, Tanjong PLC property investment business have been operating vibrantly since 1995. A-K holds 75% stake in Tropical Island S ar.l and also 100% in TGV (Tanjong Golden Village) cinemas which have more than 100 cinema halls around Malaysia.

Operated under the umbrella of Usaha Tegas Sdn Bhd founded by T Ananda Krishnan, the second richest Malaysian, Johnston Press Plc is the main media arm of the company which is setup to offer publishing services to local communities. Generally, Johnston Press published local newspapers in the markets it is in as well as internet sites which are catered to the local community respectively.

The philosophy behind Johnston Press is to employ local teams of people to dedicate delivering relevant and updated news and information to the communities that they are in where its major markets are in the United Kingdom. Johnston Press is primarily involved with the publication and publishing of news in more than 140 communities in England and spans across to the Republic of Ireland.

One of the unique selling points of Johnston Press’ products is that they are mainly targeted at the local markets and communities which mean that one would be able to appreciate the local advertising and relevant information for its readers. A-K’s Usaha Tegas owns a 20% stake in Johnston Press where its main objective is to become the principal source for people to read about news on whatever genre they desire.

Currently, Johnston Press operates 18 daily newspapers and 245 weekly newspapers. On top of that, the company is also very much involved in the online information services that totaled at 273 websites. The whole company employs a holistic and integrated offering of harnessing and leveraging on the power of the internet with offline sources in order to bring the best products to the market. The websites are constantly updated and upgraded to offer the best and most relevant services that has include mobile applications to smartphone users. On top of that, the company is also involved in the whole supply chain of the business that covers health and safety, transport and logistics as well as pre-press production.

Tan Sri Ananda’s wealth comes mainly from his telecoms business as well as in media and entertainment and oil services.

Education
He holds a degree majoring in political science from the University of Melbourne and an MBA from Havard Business School.