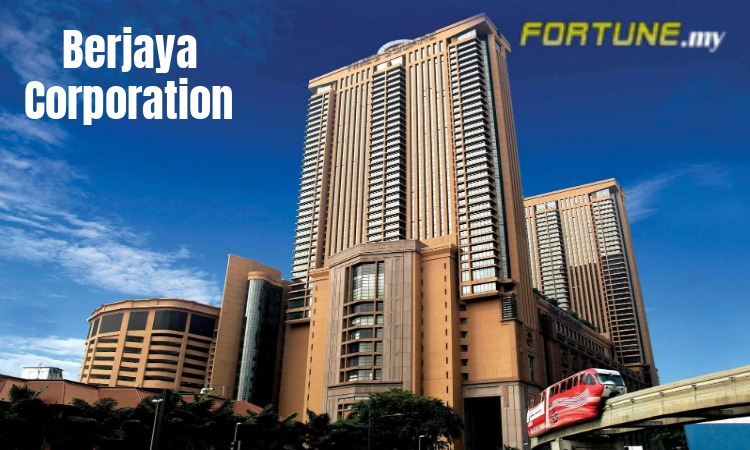 The company started off in 1984 when the owner bought a controlling stake in the then Berjaya Kawat Berhad which today is known as Reka Pacific Berhad. The founders of the company were Broken Hill Proprietary Ltd from Australia and Singapore’s National Iron & Steel Mills. Tan would then undergo a major revamp of the company that saw it move towards other sectors with much success in the next few years.

Berjaya Corporation (BCorp) is listed in Bursa Malaysia and has a total workforce of around 16,000 across all its subsidiaries. Apart from its major iconic landmarks like Plaza Berjaya and Berjaya Times Square, it operates its own airlines as well as major hotels and resorts around the country and the region.

As a group, Berjaya is able to offer a holistic approach to its business which will benefit all parties as it is involved in every type of services related. In direct selling, Berjaya owns the Cosway brand which originated from Hong Kong, in gaming and lottery management, the group runs Sports Toto, one of the few licensed gaming operators in Malaysia. The list for food and beverages under Berjaya’s umbrella is endless and this include Kenny Rogers Roasters, Starbucks Coffee, Wendy’s, PaPa John Pizza, Krispy Kreme and many more, all of which are leaders in their respective segments.

The name Kenny Rogers would invoke the white haired veteran country singer who has belted out hits during his hey days. Today, the name is one of the major players in the Food and Beverages industry where it operates under the Kenny Rogers Roasters brand. While it is not as popular as the likes of McDonald’s and Burger King in the United States, there are various locations of which Kenny Rogers are operating. It must be noted however that Kenny Rogers Roasters is very popular in the Asian market, most notably in Malaysia, Singapore, Indonesia, Philippines and China.

In Malaysia, Kenny Rogers Roasters was first franchised by the Berjaya Group, one of the largest conglomerates. The brand started off by Kenny Rogers together with John Y Brown Jr who had previously owned Kentucky Fried Chicken during the 1970s. the food chain started off in 1991 where they banked on the wood-fired rotisserie chicken and have since expanded their menu to cover more side dishes as well as turkey and ribs. Not many people are aware that Kenny Rogers Roasters is actually a Malaysian-owned brand.

The F&B business did not seemed as easy and in 1998, Kenny Rogers Roasters filed for Chapter 11 bankruptcy which was then bought over by Nathan’s Famous Inc, which made things worse. In 2008, Berjaya Group bought over the entire franchise after having found success in the Asian market. By this time, there was only 1 Kenny Rogers Roasters outlet left in the United States. The US market proved to be too challenging for the brand and Berjaya has since positioned it so well in Malaysia that it remains as one of the most popular chicken-based restaurant in the country. Apart from Malaysia, Kenny Rogers Roasters is also very popular in the Philippines where there are several branches that also offer Seattle’s Best Coffee.