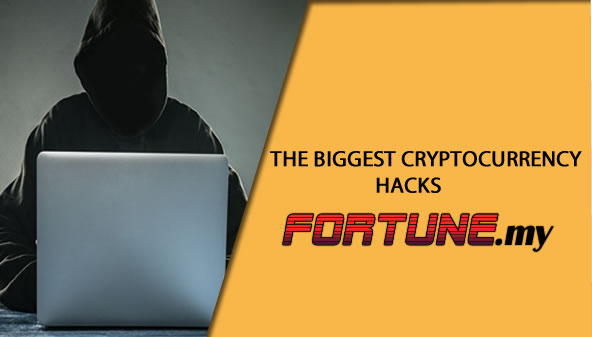 2017, to many investors and traders would regard it as the year of digital currency. More fondly known as cryptocurrency, it has among the highest returns. Starting from about USD17 billion, it ended at more than USD600 billion. For comparison’s sake, the stock market will usually gain about 6-7% each year. For Cryptocurrency, it is more than 3000%!!

Because of its high returns, this simply means that there is a lot of potential in terms of returns. In other words, it will attract a lot of unneeded attention. There has been attempts to re-correct the real value of crytocurrencies but that would not be its biggest problem.

Ultimately, cryptocurrencies have the problem with security. Blockchain works in such a way that it is a distributed ledger which is decentralized. Without a financial intermediary like a bank or an authoritative financial institution, there is no security controls. This could be the original security plan. Without a centralized location, it might deter criminals from trying to gain control of its network. But being out there in the market means that it is open to hackers. The following are the top cases of hacks that has happened.

The NiceHash case hack has been regarded to be one of the major cases involving cryptocurrency hacks. NiceHash is the platform that allows equipment owners to rent their mining machines to powers fr a short time. In this case, NiceHash made the announcement that some 4,000 bitcoin tokens were ‘stolen’ and then transferred to an account that they could not get to. At that time, the value was said to be worth about USD63 million. This caused the company to reorganize and relaunch its services in late December 2017 but the damage has already been done.

This case saw some loss of USD72 million. Seen to be among the biggest hacks ever conducted, about 120,000 Bitcoin tokens were siphoned away from the users. The case occurred in mid-2016. Taking that value and then using it today would mean it is worth somewhere over a billion dollars. What makes this case so interesting is that Bitfinex is a highly secured platform. For transactions and transfers, 3 keys were needed. Bitfinex holds 2 and the other is held by BitGo. The fact that hackers could get hold of all 3 keys showed the vulnerability of the platform. After this, it would be almost impossible to regain the trust from its members.

The Mt Gox Case might just be the one of the highest-profile hacks involving cryptocurrency. This took place back in 2014. This was one of the most well-planned hacks of all time. Unlike other hacks, it did not happen overnight or over a single session. In fact, hackers had already planned the heist and was channeling bitcoin out of Mt Gox for a few years. After it was discovered, the total bitcoin lost was about 850,000 tokens. This was worth about USD450 million then and if put into today’s value, its well over USD8 billion. Reports claimed that it was the lack of security that led to this breach. The issue is how Mt Gox could continue operating without a proper security code in its platform

The Coincheck case is undoubtedly the highest in terms of value. Coincheck, the Japanese cryptocurrency exchange lost a total of USD534 million to hackers in this case. The report came out early 2018 when Coincheck highlighted that it has lost 523 XEMs (NEM coins) from its digital wallet. This means hackers were then able to siphon the coins into a different account without the exchange knowing. This was a huge surprise for everyone involved, ranging from the developers to the users. The upside of this is that XEMs had devalued where losing over 500 tokens would mean losing slightly more than USD220 million.

The most recent hacking case in bitcoin occurred in South Korea’s exchange Coinrail. This took place over a single weekend when the exchange hack in South Korea’s Coinrail. The losses in this hack pale in comparison with other cases but ever since such reports surfaced, it has caused a lot of panic selling. The amount reported to have been lost in this hack is said to be about USD40million. The bigger problem really lies not only within Coinrail but the cryptocurrency industry as a whole. In South Korea, cryptocurrency is reaching fever pitch and with such a case, it will surely dampen the investors. Panic and knee-jerk selling has hit the cryptocurrency market really hard and early reports state that it might have devalued bitcoins up to the billions.