Known for their Indonesian recipe and dishes, this Halal establishment is a popular food chain among Malaysians. They serve good quality food which is affordable and fast too. Although this is relatively a new brand, it has been growing in its reputation to become one of the local favorites lately.

One of the most popular names offering western food, O’Brien’s started its venture into Malaysia back in 2002. Since then, it has expanded to become one of the go-to places for fast and healthy places for dining. O’Brien’s brand is popular worldwide with branches in the United Kingdom, the US, Australia and all across Asia.

Sushi is a common Japanese favorite among the locals. Sakae Sushi, which originated from Singapore serves healthy sushi with more than 200 options on their menu to choose from.

Most customers will remember Dave’s Deli when it was ‘the place to be’ in Jaya Supermarket. Having operated since 1989, it has grown to become one of the bigger names in the deli-chain F&B segment. Known for its delicious and home-cooked food, it is also a popular hangout for drinks and beverages.

One of the most established coffee places in Malaysia, OLDTOWN has been around for more than 20 years now. Its signature White Coffee and Nanyang Kopi-O are local favorites. You can now join its network of more than 200 branches across the country where its products are also sold overseas.

Secret Recipe is a popular hangout among Malaysians for pastries and beverages. Its cakes are highly popular having established its brand in 1997. To date, there are more than 400 Secret Recipe outlets within and outside Malaysia.

The Manhattan FISH MARKET has a very unique value proposition and brand image. It appeals to those who are looking for something different from the usual fast-food chains like McDonald’s and KFC offering a wide range of fish dishes. This brand is very popular in Malaysia, Asia as well as the Middle East regions.

Franchising a McDonald’s outlet has very good potential as this is one of the most valuable brands on the planet! The initial capital will be higher than most but once you start the business, you should be able to break-even within the first few years.

Marrybrown is a home-grown fast-food chain that has grown to become one of the leading names in the F&B industry. It was established in 1981, making it one of the most established brands in this segment. To date, Marrybrown operates in more than 16 countries around the world with more than 500 branches.

4 Fingers is a Singaporean brand that was started back in 2009. Today, it has expanded its business to other parts of the region including Indonesia, Thailand and Malaysia. Offering fresh ingredients in the preparation of its dishes, 4 Fingers has been rising up the ranks in recent years with its fermented soy sauce’s original recipe and other varieties.

Everyone loves a good Kebab and they will love to just pack and go when they see Kyros Kebab at the malls. With Kyros Kebab, customers get a huge range of wholesome kebabs packed with fresh vegetables and meat and other fillings. They are present not only in Malaysia but also in Brunei, Singapore, China and Indonesia, operating more than 30 outlets.

The world’s most popular sandwich bar, Subway is a brand that needs no introduction. In fact, it has the largest network of branches globally, operating in more than 44,000 locations and is known for its healthy sandwich and other snacks.

Everyone loves a wrap and that is what you get when you buy from Hot & Roll. You get great-tasting baked foods made with fresh vegetables, meat and other ingredients. There is a wide variety of options to choose from, making it one of the popular local favorites.

Gindaco is a great Japanese snack outlet that serves one of its signature Takoyaki. There are now more than 500 Gindaco outlets around the world known for their premium ingredients including their octopus, among others.

I Love Yoo! Is a brand that serves local snacks and drinks. It has been around since 2007 and is a popular name seen mostly in shopping malls and commercial centres. You will be selling the likes of Yoo Char Kueh and other fried delicacies as well as their signature Tau Foo Fa and Soy Bean drinks. To date, There are close to 70 I Love Yoo! outlets around.

Malaysians love their corn-in-a-cup snack. Nelson’s is one of the most established brands when it comes to healthy and light food where is now operating in more than 16 countries around the world. The food is affordable, convenient and very delicious which are loved by shoppers from all walks of life.

This brand comes from the northern state of Penang and has been around for more than 20 years. Known for its freshly baked bread, it is now one of the most established brands in this market not only in Malaysia but in other countries like Vietnam, Indonesia, China and South Korea.

The Teh Tarik Place offers Malaysian’s top local beverage and other favorites. This place serves the typical dishes you will find at the local Mamak shops like Nasi Lemak, Mee Goreng Mamak, Roti Canai and of course their iconic Teh Tarik.

Juice Works is a place known for its fresh fruit juices and other drinks like smoothies. There has been a growing demand for healthy drinks among Malaysians and these hand-crafted drinks are one of those that have been enjoying success in the local market through more than 30 of its outlets.

A great place to get snacks and finger food, Daily Fresh can be found in major shopping centers and locations. The brand has a very strong affiliation with its customers in more than 15 countries and over 800 franchises globally.

Daboba joins the rising wave of bubble tea brands. This has been a growing industry in the F&B segment and has huge potential for good profit offering some of the nicest beverages among the younger consumers.

It is hard not to associate Tealive with Chatime especially when it comes from the same boss. This bubble tea brand has already made its mark not only in Malaysia but also across the region in Vietnam, China, Brunei, the Philippines and as far out as the United Kingdom and Australia too with its signature items like their Signature Brown Sugar Milk Tea.

Big Apple Donuts & Coffee is actually a Malaysian brand. It was established in 2007 before being bought over by a Japanese public listed company in 2017, the Duskin Co. Ltd. Today, it is one of the most popular takeout brands for donuts and coffee operating mostly in shopping malls. 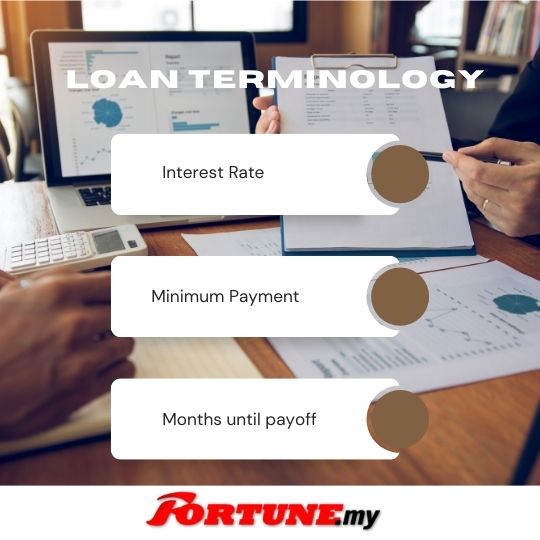