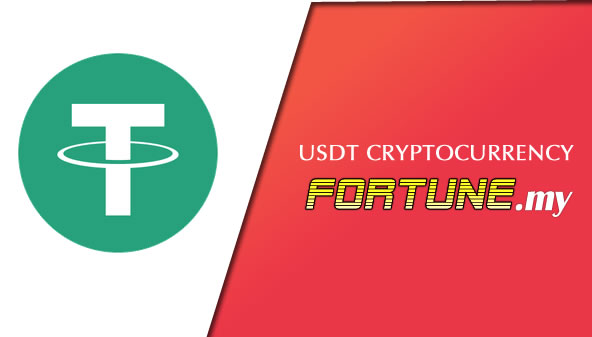 USDT adopts the Omni Layer Protocol. It is a cryptocurrency asset that is issued and used in the Bitcoin blockchain. This is a widely popular market if you have used Bitrex or Poloniex before. How this works is that every USDT (known mostly as US Dollar Tether) is backed by one US Dollar. This is redeemable through the Tether Platform where it is held in the Tether Limited reserves.

Is it the same as Bitcoin?

Like Bitcoin, USDT can be used like any other form of cryptocurrency. This means that it can be used quite the same way where you can spend, store or transfer them. The value of the USDT can change as well but not drastic, where people can buy them, store them and then sell them off when the price is right.

Where can you spend USDT?

Since USDT is a cryptocurrency, there are ready markets that will accept them. You can trade and transact USDT in digital wallets that are designed for the Omni Layer platform. This includes:

Besides USDT, there are other Tether currencies in the market. This was created to help transfer national currencies and as an alternative to the more volatile cryptocurrency like Bitcoin. Besides that, Tethers were also created as a more stable option as well as for exchange and wallet audits. With its Proof of Reserves Process, it offers another option to Proof of Solvency.

What is the Proof of Reserves?

This helps to control the total amount being circulated. In Tether’s Proof of Reserves, the circulation of USDT in the Bitcoin blockchain can be audited and validated. This is done through Ominchest.info’s tools. This can be seen as TUSD or the total number of USDT. It must be noted that the total number of USDT in circulation should be aligned with the total amount of USD available in Tether Limited’s bank account. This is the same account that is used for transactions with users where the currency rate is flat.

Tether Limited will publish its bank account on its website to prove that the amount it has in its bank account corresponds with the USDT being circulated. This is because the numbers are audited quite commonly.

How to use USDT?

Using USDT is quite similar to other cryptocurrencies. Tether does not come with any transaction fees although you might be imposed with a fee when you use wallets or exchange from third-party service providers. You can use USDT to buy Bitcoin or other cryptocurrencies in Tether exchanges like Bitrex and Binance and you can then transfer it to other exchanges as long as the platform is Omni Layer enabled.

While the Tether has reported being backed by the US Dollar, this claim has since been updated and the company had in March 2019 reported that loans to affiliate companies are part of its backing too. This came into light after Bitfinex became the center of controversy when a lawsuit surfaced from the New York Attorney General for using Tether’s funds to cover up its losses amounting to some US$850 million. This means that there was no basis that the USDT was fully backed by the US dollar.

Be cautious about USDT

The original value of the Tether was supposed to be US$1.00 and that is why it is called a stablecoin. This means that it will maintain the US$1.00 value each time a tether is issued and that would be what the holder should rightfully own. However, the company also has a disclaimer that holders of the currency do not have any guarantee that the Tether can be exchanged or redeemed for US Dollars.

The most recent reports came in April 2019 when the lawyer for Tether Limited stated that every tether was actually backed by cash and other equivalents. In the cash component, it was only US$0.74. This was then later updated again where Tether published a report In May 2021 stating that contrary to earlier statements, only 2.9% of Tether was backed by cash and not as much as expected.

So, what does this mean?

Tether was supposed to be a currency with a lot of potentials if it lived up to its promise. If the currency has the backing of the US Dollar, it would be a lot more stable than the others. So, it means your investments have the value of the US Dollar which can be quite robust. However, with more reports surfacing that suggest that the backing of the Tether is more dubious than ever, investing in this currency might not be a feasible option at the moment. Furthermore, reports have been suggesting that Tether has been involved in events where it has been trying to avoid giving clear and concise statements about its standings, the pricing and the backing of its currency,

In what is seen as one of the biggest tie-ups in the cryptocurrency market, TRON announced that it was working with Tether (USDT) on its blockchain. This will see the TRC-20 token being introduced where it will allow integration of protocols and DApps of TRON-based services between the platforms. With Tether, TRON will be expanding its current ecosystem in the DApps platform and it will become more accessible by its investors and stakeholders.

This came about after the USDT’s market capitalization hit an all-time high (5 years) at US$15 billion in late 2020. Then, it became the third-largest cryptocurrency, performing better than the XRT and just a spot below the bigger BTC and ETH cryptos. The Tether remains as the leader in the stablecoin market while others are also coming up the ranks like the Binance USD and the DAI, among others.