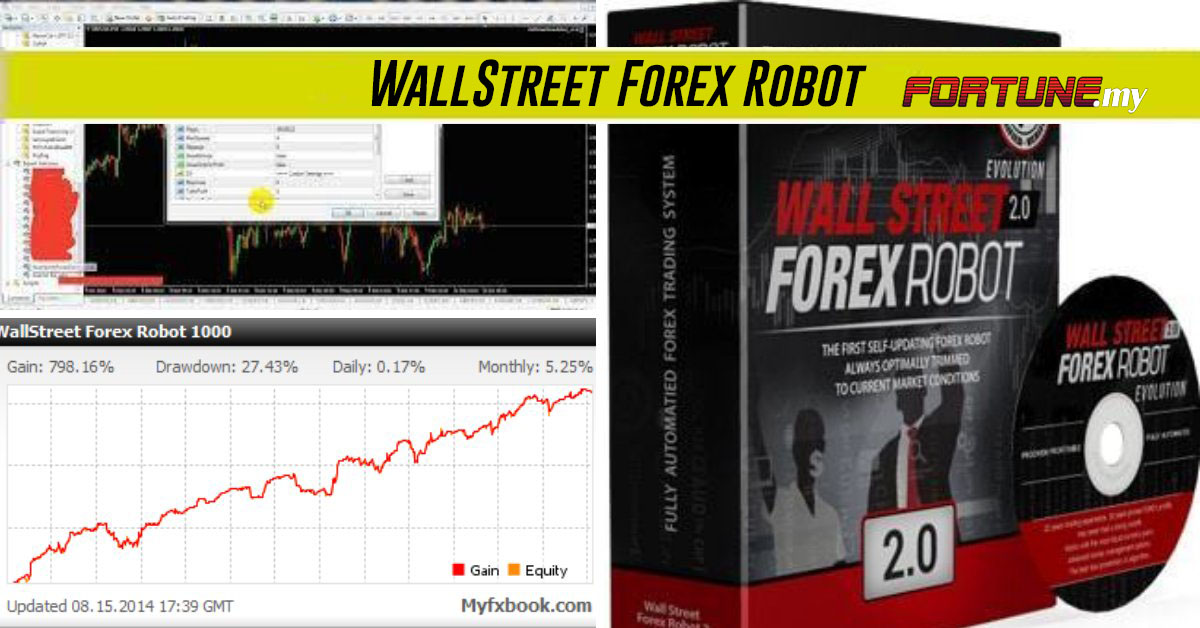 Using the WallStreet Forex Robot is easy and glitch-free as it allows the forex trader to use it without any time limits as it opens positions 24 hours a day and 5 working days each week.

WallStreet Forex Robot is able to analyze market dynamics throughout the day. This is very different from other robots which tend to open positions during times when there are highest market liquidity and lowest spread. It comes with a 12-year backtest which is one of the longest periods in the market. Not many forex robots actually provide backtest this long, often dating to around 7 years or so. As such, it has a longer history of data which is used for analysis for future trading transactions.

Strategy The WallStreet Robot uses a basic strategy of low-risk accumulation of minor and highly profitable profits. This is done through following short and medium term trends of some of the narrowest spread pairs. It uses the M15 timeframe and recommends that certain pairs are used like EURUSD, GBPUSD, USDJPY and USDCHF, while USDCAD is not official supported although it can be traded as well.

Limitations of the WallStreet Forex Robot

Some sees this as a limitation but if the pairs recommended are used, then there will be a better and more favorable chance of profit. Through the WallStreet Forex Robot, a few indicators will come pre-loaded with the Metatrader which determines the entry signals which will then be used to carry out several rounds of trades to qualify as a trading EA.

The records speak for itself. Averaging at about 3.5 trades daily when it runs on 4 pairs, it could go up to 5 trades when running on all five. As such, it is among the most widely used EAs in the market. This is one Forex Robot well investing in because it runs 24 hours a day without the need for any GMT settings.
Besides that, it adheres to the industry standard as it complies fully with the rules by the NFA which means you will have no issues whatsoever with hedging and such.