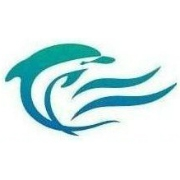 Westports Holdings Berhad is among the leading logistics and port operations group in Malaysia. It is one of the public listed companies in Bursa Malaysia under stock code 5246.

The story of Westports Holdings Berhad has been very remarkable being a local Malaysian company. It was included in the MSCI or Morgan Stanley Capital Indices before becoming a part of the FTSE Bursa Malaysia KLCI and then the FTSE4Good Bursa Index. Among the areas of businesses that Westports is involved in include:

Background and consumer perception of Westports

From its base in Port Klang, Westports is a major name that operates one of the 3 main ports along the Malacca Straits. When it started, Westports handled only 20,000 Twenty-foot Equivalent Units size. That was in 1996. Today, it has grown to about 9 million. In the market, Westports command up to 75% of the share in Port Klang alone and almost 10% in Southeast Asia. Besides that, it manages more than 10 million tonnes of bulk cargo in 2017 while being connecting to over 350 ports globally.